In IntoPosts, we review some of the 15 most potent anti-inflammatory foods to reduce pain and follow a complete, balanced diet loaded with the most appropriate nutrients for your body.

Each food that you put on your plate and take to your mouth has behind it a series of properties, nutrients and health benefits that you must know to be able to follow a complete, balanced diet adjusted to your circumstances. 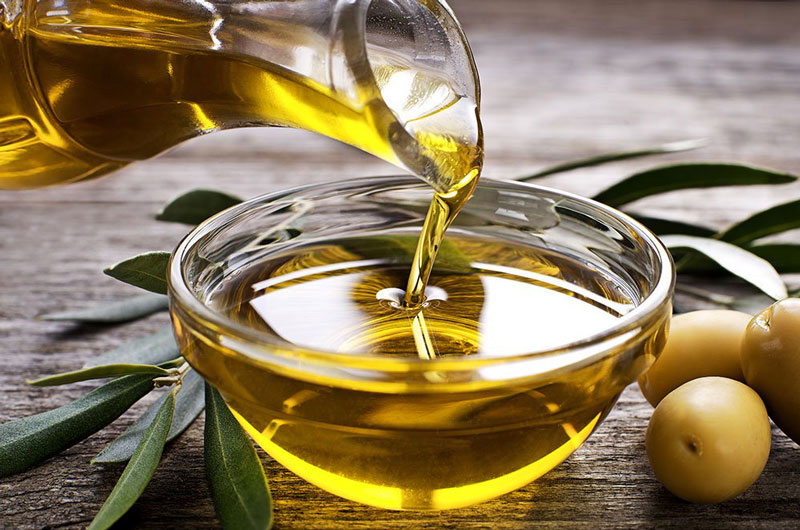 Researchers at the University of Pennsylvania have discovered that the presence of a chemical in extra virgin olive oil, the oleocanthal, responsible for its flavor and that it inhibits inflammatory enzymes in the same way as ibuprofen, in addition to preventing against cancer. 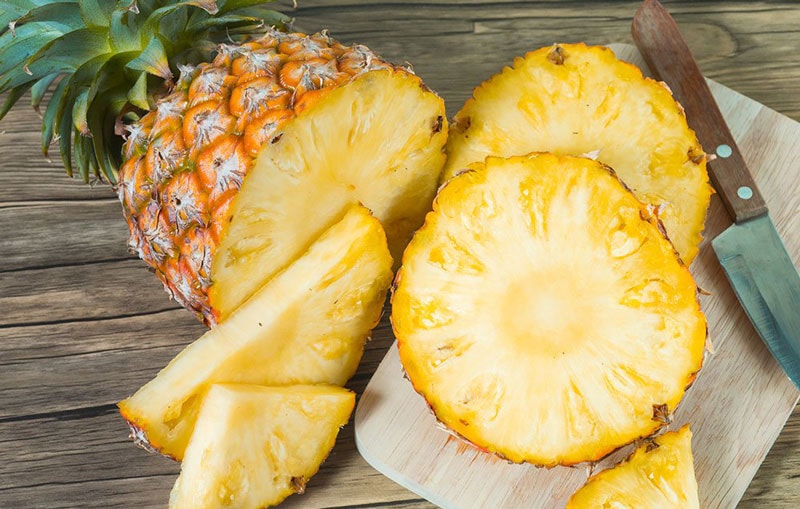 Bromelain, an enzyme that digests proteins, makes this sweet and tropical fruit one of the most potent anti-inflammatory foods. Studies show that eating pineapple can reduce pain in patients with knee osteoarthritis and rheumatoid arthritis and that it also causes less inflammation in people with carpal tunnel syndrome. 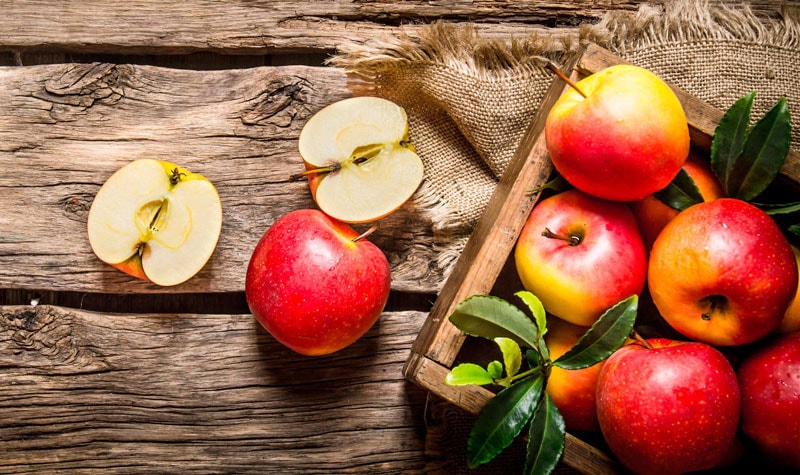 These popular fruits are just one of the many foods that reduce inflammation due to the presence of quercetin, an anti-inflammatory antioxidant. 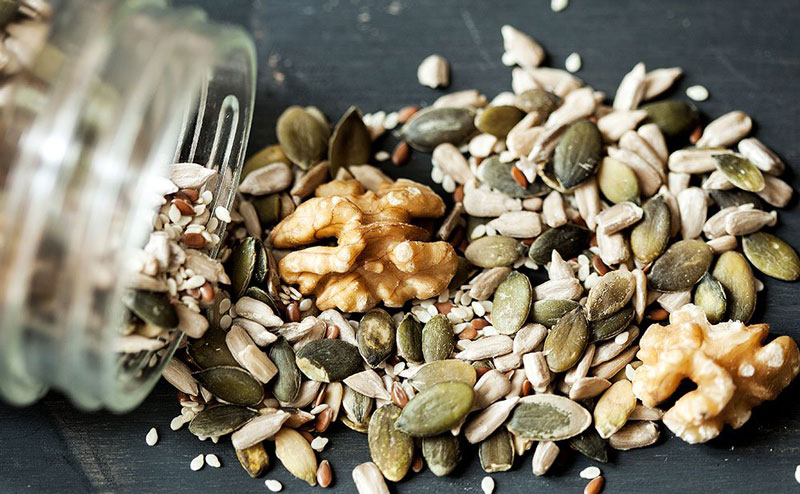 Foods high in the amino acid tryptophan have the ability to decrease the sensitivity to pain one hour after eating. Other foods with high levels of tryptophan are hazelnuts, sesame seeds, sunflower seeds, turkey, dairy products, soy, shellfish, whole grains, rice, beans and lentils. 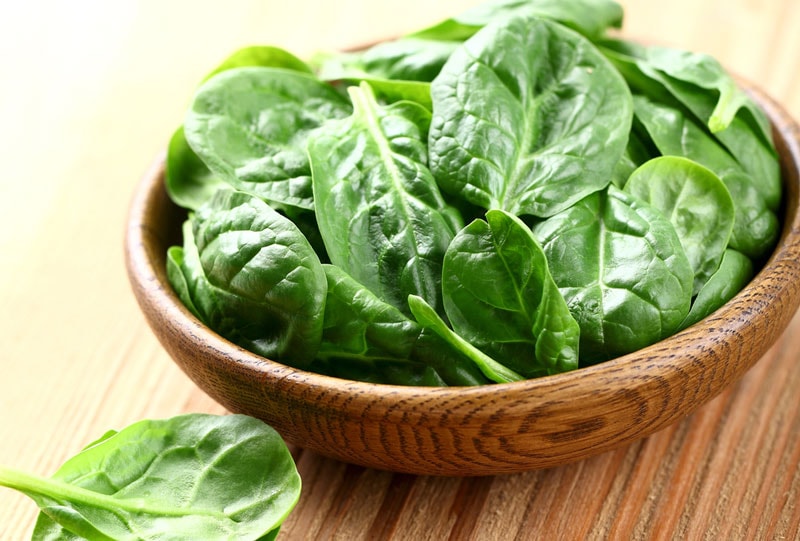 Green leafy vegetables such as kale, Swiss chard, bok choy and beets are anti-inflammatory foods because they are full of anti-inflammatory carotenoids, which are the vegetable pigments responsible for giving them their vibrant color. 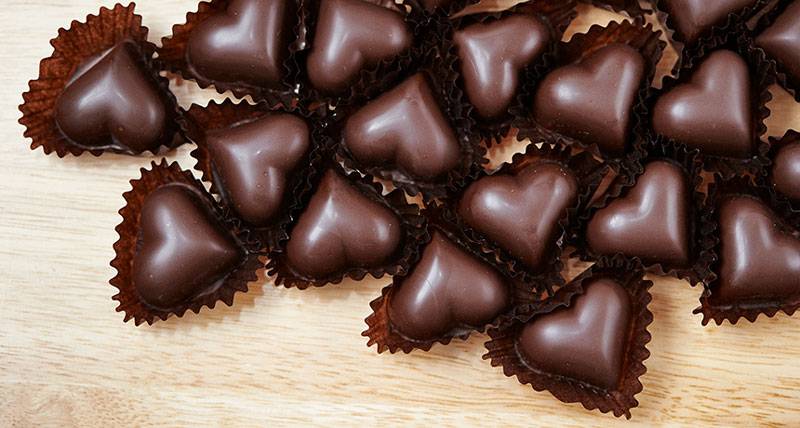 According to research carried out in Italy, people who ate about an ounce of bitter chocolate every three days had significantly lower measures of a protein associated with inflammation than those who ate no chocolate at all. 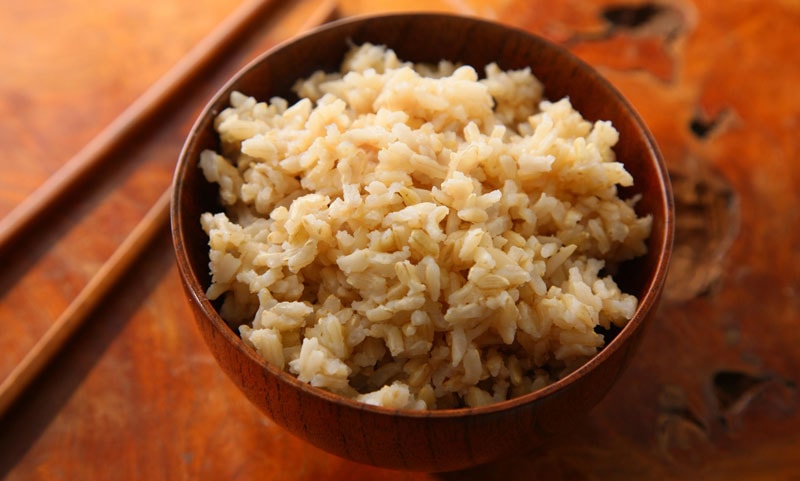 Brown rice and other whole grains can help fight the pain of irritable bowel syndrome and are a good source of magnesium, which seems to reduce the frequency of migraines by helping to relax nerves, blood vessels and muscles. Also, according to a Harvard University study, women who eat brown rice are less likely to be overweight than those who do not. 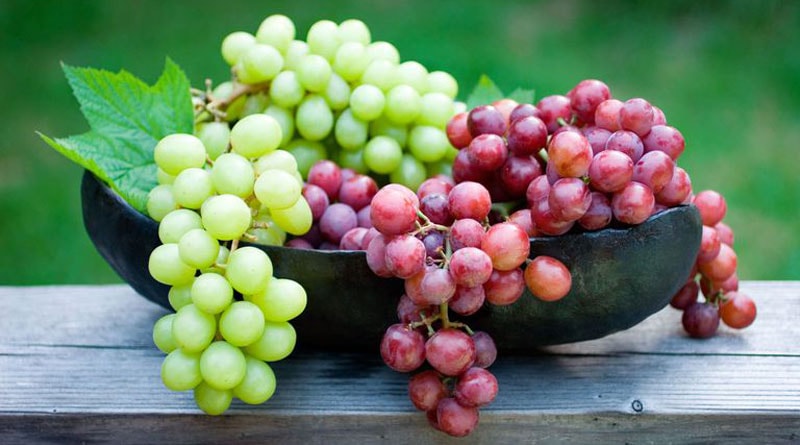 They will give you a dose of resveratrol, which inhibits inflammatory enzymes in the same way that aspirin does but without stomach irritation. Here we tell you the advantages of a daily glass of red wine. 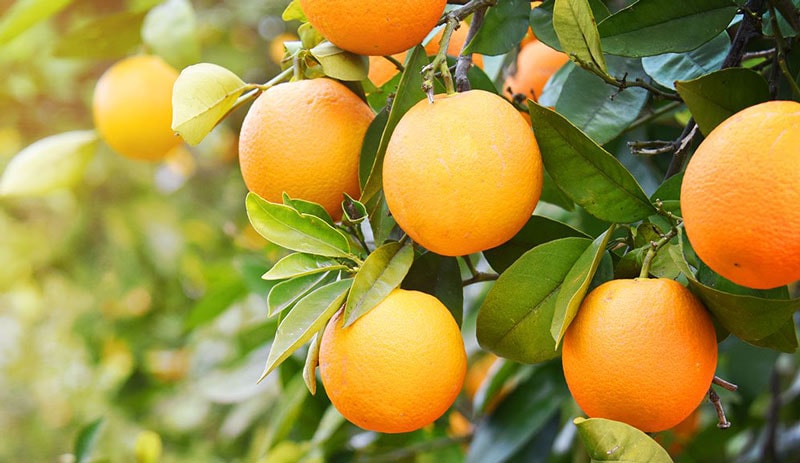 British researchers who analyzed the diets of 25,000 people found that those who ate foods such as oranges and other fruits of that color, such as apricots and nectarines, were less likely to suffer the pains of inflammatory joint conditions. 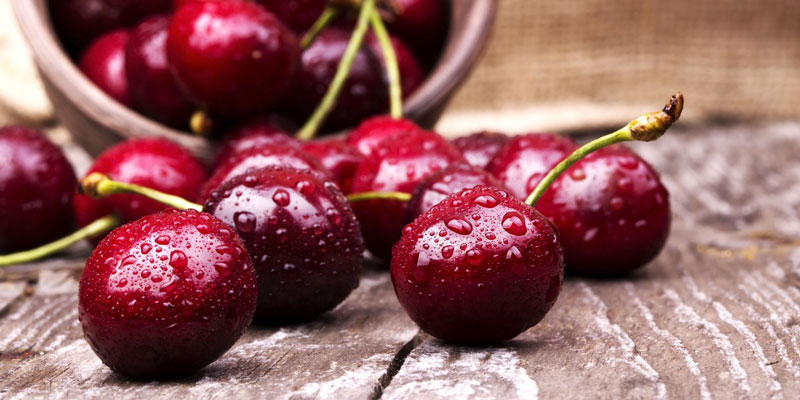 Cherries and other red fruits such as blueberries contain chemicals called anthocyanins, which give the berries their blue and red colors and fight inflammation in the same way as aspirin. Raspberries and strawberries are also anti-inflammatory foods.

Foods that reduce inflammation like this family of bulbous vegetables are rich in anti-inflammatory substances, as well as in sulfur compounds, which help stimulate the immune system so that everything runs smoothly. 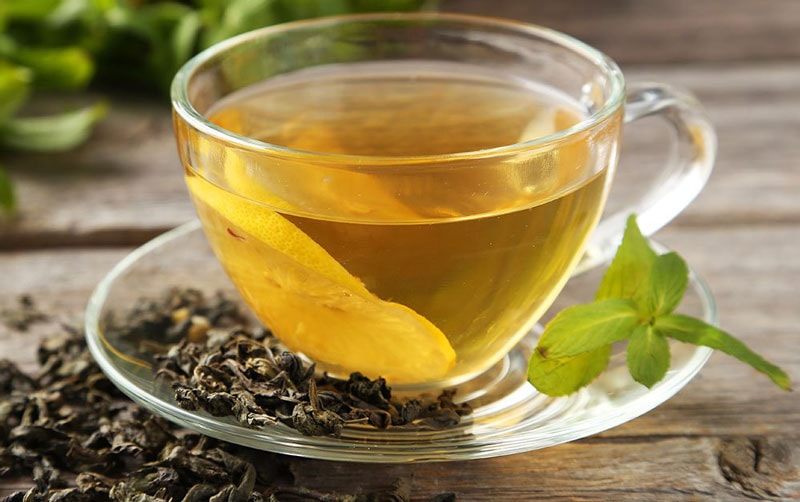 Tea is rich in antioxidants called flavonoids, which will protect you against cell damage and aging. 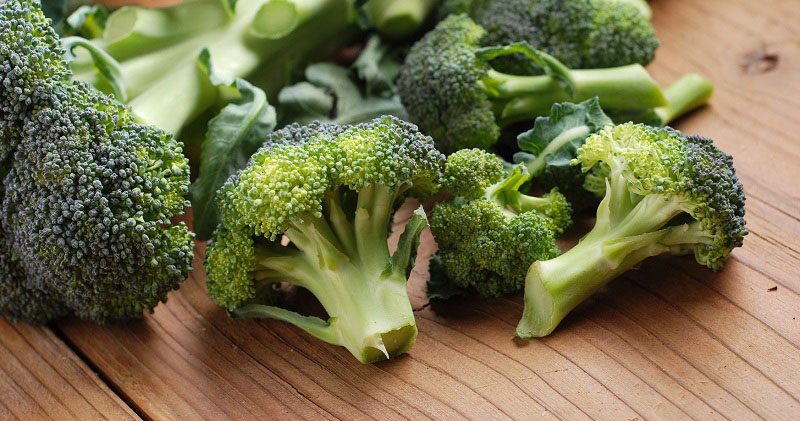 Broccoli contains a powerful antioxidant that protects you against arthritis. In this area also include asparagus, cabbage, cauliflower, avocados, grapefruit, oranges, peaches and watermelons. 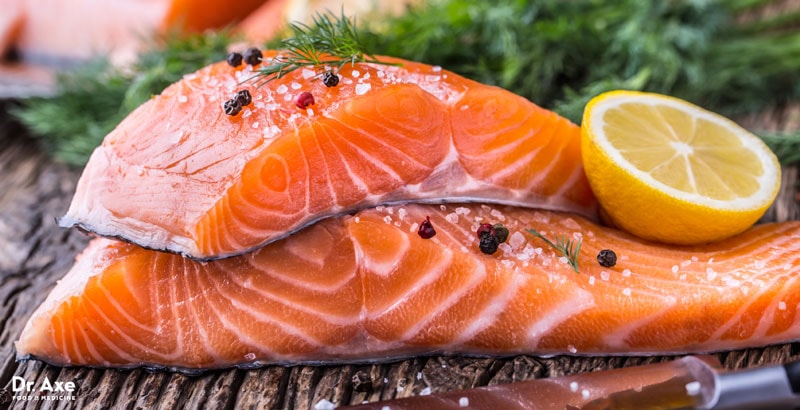 Fatty fish such as salmon, trout and anchovies, along with nuts, flax seeds, pumpkin seeds or olive oil contain omega-3, essential to reduce inflammation. A study by the University of Pittsburgh found that people with back and neck pain who took omega-3 fatty acids as a supplement for three months had less overall pain. Therefore, it is advisable to eat fatty fish at least twice a week.

15. Turmeric and other spices 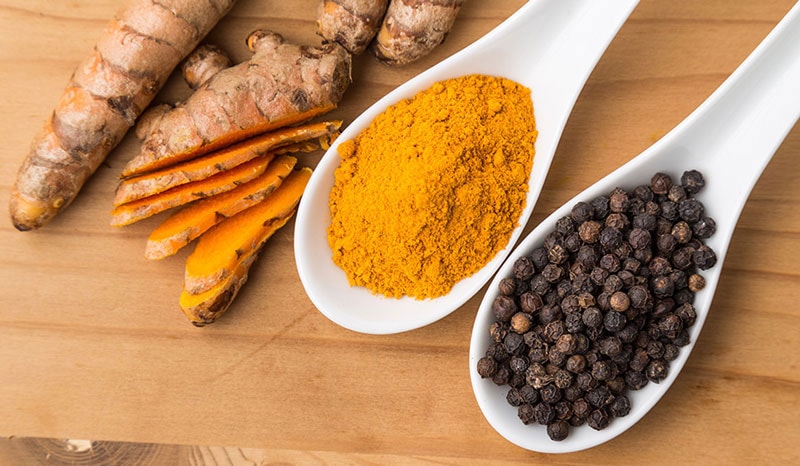 Black pepper and turmeric are two spices of Hindu origin that are used both in food and for their medicinal properties. The first comes from the seeds of a climbing vine and the second belongs to the ginger family. Both are present in the curry.

The turmeric known as “the queen of spices” contains proteins, fiber, vitamins C, E and K, niacin, calcium, sodium, potassium, iron, zinc, magnesium and copper. It is also rich in curcumin, a polyphenol that gives it its yellow color, has important antioxidant, anti-cancer and anti-inflammatory properties. Therefore, it helps to improve the symptoms of inflammatory degenerative diseases.